Home Listening To Locals So They Can Be Heard

Listening To Locals So They Can Be Heard 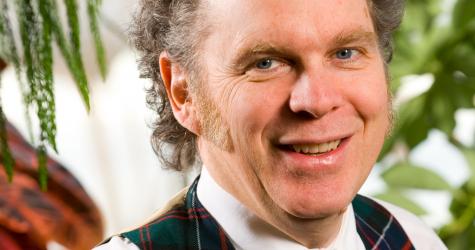 He has lost count of the number of times he has been to India, but Dr. John Sinclair is under no illusions about the value of those trips. “It has been a life-changing opportunity for me and for the students who have gone,” says Sinclair, a professor and associate head of the University of Manitoba’s Natural Resources Institute.

Sinclair made his first trip in 1994, accompanying two professors funded by the Shastri Indo-Canadian Institute. Some of his subsequent trips have been funded by the Institute, and for Sinclair, now 46, those early trips were critical in defining his area of study. “It has been hugely enriching both personally and professionally,” he says. “I can now say I have an area of expertise in India—the Himalayas.”

Sinclair’s work in the region focuses on “finding ways that the voice of the community can be incorporated into decisions that affect them.” Along with his students, he studies issues surrounding resource management and development. The former involve such things as forestry practices; the latter include assessing the impacts of hydro dams on local populations. “We lend support with facts that otherwise wouldn’t be heard,” Sinclair says. “Like people all over the world who have been impacted by development these people want to be heard.”

Not all of this work is funded directly by the Shastri Institute, but Sinclair has had some success leveraging grants from the Institute to secure other funding. “Shastri grants have been the impetus basically for all the work we’ve been doing in India,” he says. “They’ve initiated a snowball that, to our good fortune, has become bigger.”

That means that since 1994 about 30 graduate students have travelled to India. They typically conduct research for three months, learning things they won’t find in any textbook. “They’re taught the value of being a flexible thinker, the wealth of knowledge held by local people and the value of a multi-disciplinary approach,” Sinclair says.

These insights are not limited to Canadian students because Sinclair and the Natural Resources Institute work with Indian students from various institutions, including the University of Delhi and Himachal Pradesh University. These arrangements expose local students to different research methods and mean that the work undertaken has a double-barrelled benefit. “We’re helping to build capacity not only among local people but more importantly among Indian students,” Sinclair says, proving that, in the Himalayas, many things can start to snowball