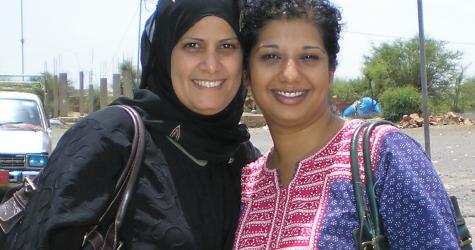 “On a professional level, I can say that I probably wouldn’t be working where I am today if it wasn’t for my Shastri Institute internship,” says Shelly Abdool a former youth internship participant who now works with the Department of Gender, Women and Health (GWH) at the World Health Organization (WHO). “It was my introduction into the field of public health.”

Shelly, whose academic training is in French Studies and Political Science, international relations and gender and development was working on her master’s degree in London, Ontario when the opportunity to participate in the Shastri Indo-Canadian Institute’s International Youth Internship came up. Through a partnership between the faculty of nursing at the University of Montreal and the Aga Khan Health Services in Keshod, Gujarat, India, Abdool left for India in 1999 where she spent six months researching the linkages between women’s political, social and economic autonomy, their health and the health of their household members. Upon returning to Montreal, Abdool continued to pursue research-based activities in gender and women’s health—something that she did not foresee herself doing prior to the internship.

Although she always knew her goal was to work internationally in the area of gender inequality, Abdool says the internship helped her solidify the aspiration. “The experience of having an institution that believed in similar things ,in fostering research between two countries and between agencies… investing in people and the entire process confirmed my own convictions of what I wanted to do,” says Abdool. “It gave me hope coming out of grad school and being a bit cynical.”

Working at the WHO today, Abdool’s main responsibility is capacity building with country teams to mainstream gender into their health programs and policies. Her experience in India, she says, is something she draws on every day. “The experience of working with the team in India to translate difficult gender concepts in order to learn from women and men in ways that they find non-threatening,” says Abdool. “is one of my most valuable professional lessons. The humility I learned working in a diverse setting is definitely something I use and I take with me on all of my projects here.”