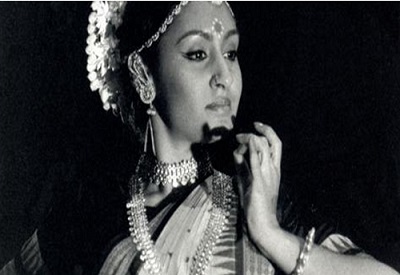 For Dali Basu, there was never really any doubt about what she would be when she grew up. “As a child I could never sit still,” the 27-year-old says. “I don’t think I ever walked—I was always dancing.” What is perhaps surprising is that Basu channeled her abundant energy into Odissi, a classical Indian dance marked by graceful movements and studied poses.

Odissi traces its routes back some 2,000 years to ancient texts and the sculptures found in temples in Orissa, a state on India’s east coast. These historical facts made one thing clear for Basu: “Being an Odissi dancer, one should really visit Orissa and see the old temples and temple structures.”

In 2004, with the help of a Shastri arts scholarship, she left her home in Ottawa and made that trip. Besides seeing the temples, Basu also tracked down one of the two living temple dancers—the Maharis. These dancers were a crucial source of information when Orissi was reinvigorated about 50 years ago after falling into disfavour. “It was really interesting because you could see the Odissi in her,” Basu recalls. “She had white hair and was very, very, wrinkly—she must have been in her 80s—but she got up and danced a little.”

That visit proves the value of studying Odissi in India, but there are other benefits. Basu returned (on another scholarship) this year to study with a guru in Delhi. “In Canada you don’t get the opportunity to throw yourself into the dance, to let yourself go,” she says. “In India you’re constantly working—and with a very, very accomplished guru.”

Given the rigorous nature of Odissi, this kind of immersion is essential. “Every inch of every movement is defined—head movements, eye movements,” Basu says. “There are 28 single-hand gestures and 23 double-hand gestures.” These movements are known by Sanskrit names, so Basu is studying that language as well as Hindi.

It is a lot of information to assimilate, but Basu, who has a degree in computer science from the University of Ottawa, has always been a good student. She is also proving to be something of a teacher. “When I perform in Canada, I try to include some of the history of Odissi,” she says. “Last April I danced a sold-out show in Ottawa, so 500 more people know about it now.”